Lapland is Europe's last great wilderness, where adventurous hikers can trek through awe-inspiring scenery to spectacular waterfalls or windswept fell-tops several days from the nearest road or village.

Hikers heading off the beaten track should be prepared to cope with rocky terrain, deep rivers, freezing temperatures for much of the year, and pesky insects in the summertime.

The popular autumn hiking season - known as ruska - begins in September when the first frosts bite, and the colours of the open fells can be stunningly beautiful. 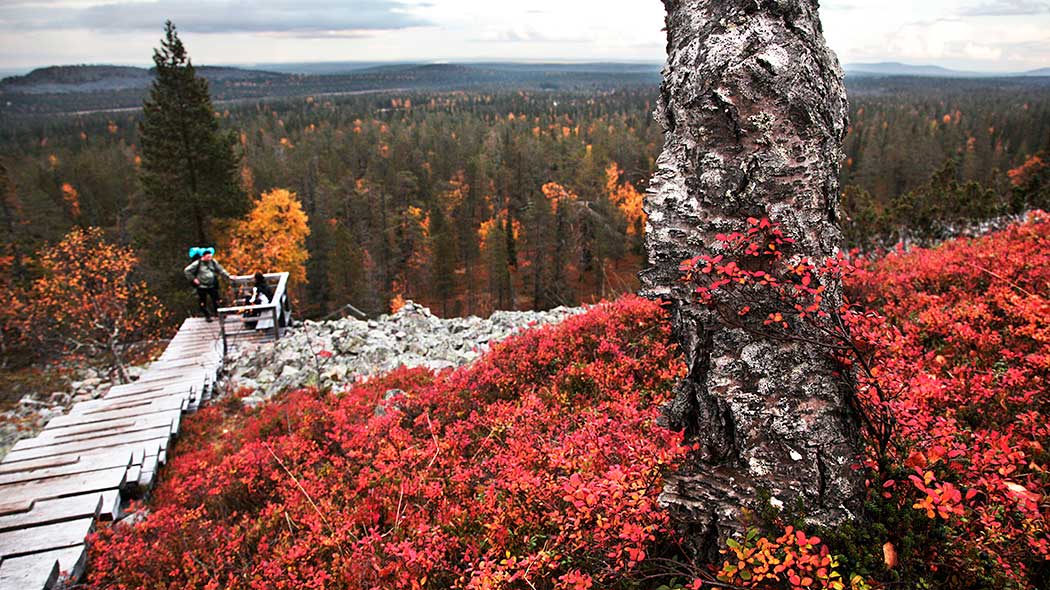 Most of Finnish Lapland lies north of the Arctic Circle, which passes through Finland just north of the town of Rovaniemi, which as the adopted home of Santa Claus is a major tourist centre.

Visitors to Lapland are sure to come across reindeer (Rangifer tarandus) roaming the forests and fells, or just standing idly by the roadside. Every reindeer is ear-marked and counted during the reindeer-herders' spectacular winter round-ups, but for most of the year these semi-domesticated animals are free to wander at will. 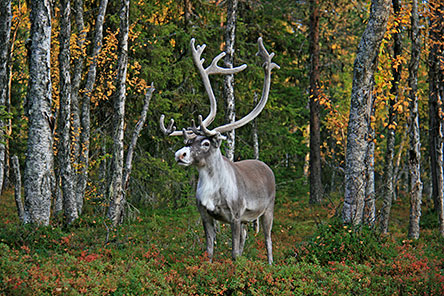 Reindeer-herding is a traditional livelihoods of Europe's only indigenous people, the Sámi - who prefer not to be known as Lapps, since this name was originally an insult.

The indigenous status of Finland's 7,000 Sámi, who mostly live in northernmost Finnish Lapland, is recognised in Finland's Constitution. There are about 75,000 Sámi in all, spread across arctic regions of Norway, Sweden, Finland and NW Russia.

Much of Finnish Lapland is protected in national parks or wilderness areas. Good bases include Kilpisjärvi in the mountainous northwestern ‘arm' of Finland, or the resort of Saariselkä - convenient for the Urho Kekkonen National Park and the Siida complex in Inari, which houses both the Sámi Museum and the Northern Lapland Nature Centre.

Travel safely in the Arctic Nature of Lapland