The Oldest Fells in the World, Tundra, a Wealth of Fell Species - Visit the Khibiny National Park Exhibition at the Ivalo Library

The Khibiny fells, which rise more than 1200 metres, are some of the oldest fells in the world and form a core part of the Khibiny National Park. In addition to the fell region surrounding Lake Imandra, Khibiny National Park is characterised by tundra, snow bed areas and a wealth of fell species as well as boreal coniferous forests. Great photos by Vitaliy Istomin and Grigory Ilyin present this unique nature destination. 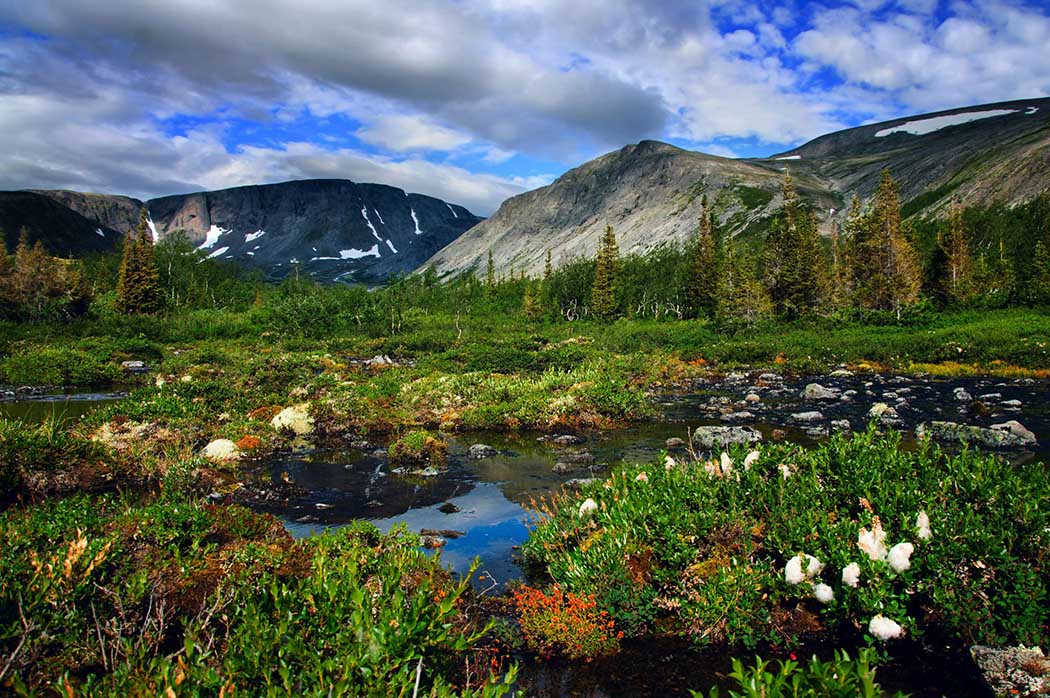 Khibiny fells is also known for its geological riches. One third of all known minerals are found in the area. Indeed, Khibiny National Park is even referred to as an open-air geological museum!

The cultural history of the region is also fascinating, and Sámi ritual sites are also known to have been here. Today, Sámi culture can be seen in the area, for example, in the practice of reindeer husbandry.

Khibiny National Park is the only national park in the Murmansk region. It was founded in 2018 to complement the Green Belt of Fennoscandia, which is comprised of protected areas near the borders of Finland, Norway and Russia. Located approximately 100 km from the Finnish border, the area of the national park is 848.04 km ².

Currently on the Finnish side, the travelling exhibition presents this unique national park, its nature and landscape. The stunning photo exhibition is accompanied by a 13 minute video.

Khibiny National Park is also a popular nature tourism destination north of the Arctic Circle. Winter tourism is particularly popular, and there are three ski resorts in Kirovsky. With the founding of the national park, the area has increased in popularity as a nature tourism destination and it is well suited for year-round hiking. Khibiny fells are easily accessible and have plenty of different historical hiking trails with varying levels of difficulty

The Khibiny National Park exhibition was produced by the Phenomena of Arctic Nature (PAN) project.  The exhibition is organised by the Russian Institute of Institute of North Industrial Ecology Problems (INEP).

The project partners of the international project are from Finland, Norway and Russia. The main objective of the project is to raise awareness of unique natural phenomena in the north and to increase the amount of nature content in tourism. This takes concrete form in, among others, nature exhibitions. The Khibiny National Park exhibition is a travelling exhibition and was held for the first time at the Kola Science Centre in Apatity. On the Finnish side, the exhibition will first be held at the Ivalo Public Library, then making appearances all over Lapland.

Come see the exhibition and fall in love with the beauty of Khibiny National Park! The exhibition will be on display at the Ivalo library from 19 March to 31 May 2021 during the library’s normal opening hours.